In the Flow of Life

“I did not take vacation in twenty years because I don’t need it. If you love your job, if you truly enjoy it, then what is there to vacation from?”

When Andrey was still a child, his parents noticed that he had a certain passion and aptitude for photography and water sports. For his birthday, he received an underwater camera. This was the start of his life-long path. He got into diving and studied to become a movie producer. He was working at the Belarus-Film studio while trying to combine diving and filming. And then it happened, he decided to leave the film studio and get into diving full-time. He became a diving instructor and opened a diving club. This is how his hobby turned into his career.

This was twenty years ago. Today, Andrey is an authority in Belarussian diving. It is difficult to find a spot on the globe where Andrey hasn’t been. He explored the seas of the Philippines, Maldives, Galapagos Islands, Thailand, Egypt, Mexico, Peru and many more paradises for divers.

It was in his school the Sea Pegasus that the majority of professional Belarussian divers started their pursuits of the sport. All in all, over three thousand students went through Andrey’s hands, heart and soul as he trained and taught them.

In the twenty years of operation, Andrey has acquired quite a collection of diving gear: masks, regulators, aqualungs, and much more. You can trace the history of diving as you look through the collection. Some of the key collectables: the first serial regulator, the legendary Royal Mistral, flippers Pirelli that are identical to those used by the well-known explorer, Jacque-Eve Cousteau, who lead some of the first underwater expeditions in the 1950s. There are many more pieces that make up this collection, which is on display at the Sea Pegasus.

“For some people, these things are worthless. For me, these are treasures; they tell a story which is so interesting”, – tells us Andrey.

One of a Kind Expertise

When we watch movies with underwater scenes, we rarely what it took to shoot the scene. It is not just a good camera and a producer. No, each scene is a challenge, a dangerous challenge with unique and original solutions to shooting it just right. Each scene has to be thoroughly thought-through; artists have to be prepared, decorations, safety, details, the coordination has to be flawless.

The expertise it takes to be an underwater film producer is one of a kind. Andrey is a unique star that has perfect underwater shooting skills; he directs, organizes, and produces the full set.

“If you want something to be done well – do it yourself”, – is one of Andrey’s beliefs.

This dedication and professionalism are the reasons why Andrey Likhachev is always on the set if a movie requires underwater shooting, both in Belarus and Russia. Some of his latest work is the series by Oleg Fomin and “Kupala” by Vladimir Ianovski, children’s adventure “Gamers,” and many more.

But it is not that interesting to be just a part of a movie. “I want to make a movie fully about underwater life. I even have a complete script authored by me”, – tells us Andrey.

A Story from Under the Sea

It has already been five years that Andrey and a group of divers, together with the National Science Academy are conducting archeological explorations all over the country. There are a lot of water bodies all over Belarus and there, buried, there are countless treasures. But there is no such profession as an underwater archeologist, so we are working towards making such a designation official.

“Belarus is not a sea country. Our water systems are lakes, rivers, swamps. These are not very deep, and the bottom of it is usually mud and eel, which is quite different from a clean bottom of the ocean. A swamp major – there is no such qualification anywhere in the world. So we are learning as we go”, – explains the explorer.

For the last five years, Andrey conducted about fifty expeditions; each one was a success: “When we go under, we are not looking for a carriage of Napoleon. First and most important, we pose real questions about blanks in the history of our country, which may be related to villages, cities, people. In this respect, everything we find tells a story”.

Nonetheless, from time to time, something big hits the news. The armour of a knight from the times of the Grand Duchy of Lithuania was pulled from the Vihra river. A prehistoric boat was removed from the bottom of Berezina, a bronze Viking bracelet, and much more.

“In the united efforts of the Belarus-France-Belgium expedition on the Studenka river, we found a sword which belonged to Arabian soldiers who served as private guards to Napoleon. When we showed it to the lead of the French delegation, he was shaking!” – recalled Andrey.

The underwater exploration in Borisov discovered evidence that the city was several centuries older than was initially thought. Similar, shocking conclusions were drawn from the explorations of the site of Napoleon crossing over the Berezina river.

At this time, the main exploration work is done by divers-volunteers. But the actual record-keeping, documentation, and laboratory testing is done by the professional archeologists.

Andrey is confident that qualified archeologists must conduct the underwater exploration. He has already trained several young scientists on the techniques of diving. And he is hoping that this can be added as an official training at the university level.

“We have to create a permanent and active specialized group of divers-archeologists. It is their findings that will build a foundation of the historical findings brought up from the rivers, lakes and swamps. Right now, there is nothing; it is a black paper”, – shared Andrey with us.

On the way to that dream, to mark the fifth anniversary of the underwater exploration in Belarus, Andrey will be organizing and hosting an exhibition of all the treasures uncovered thus far.

They say that diving is a sport for the lazy. But they have to be easy going and determined, like Andrey. He is a diver, explorer, underwater film producer. 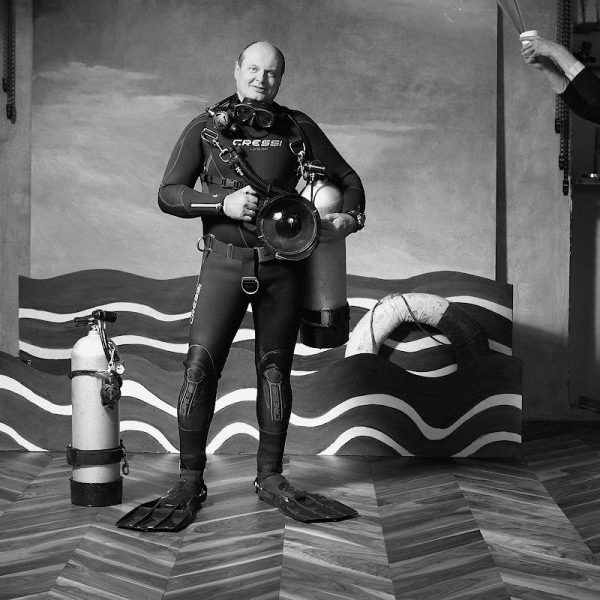 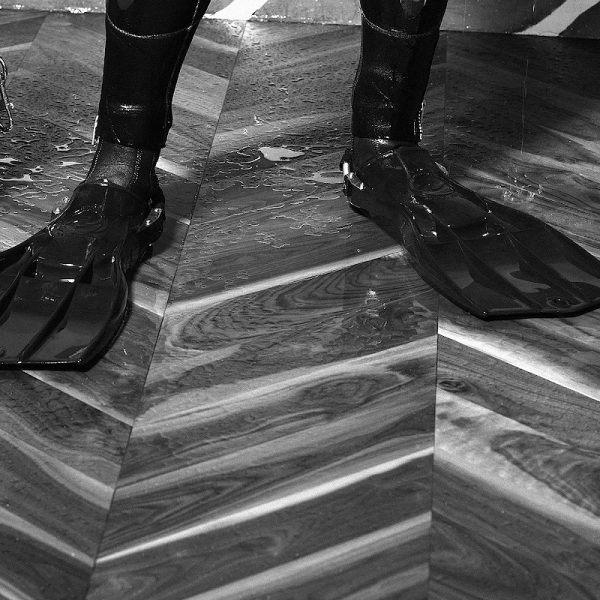