04.08.2020Calendarkristavchuksa@coswick.org
Anton Franke, circus performer, laureate of the International Circus Festival in Monte Carlo, winner of the Russian “Clown of the Year” award.

“I’m lucky. It was not difficult to choose a profession for me because I was brought up in a circus family, and I always wanted to be a clown. I work together with my father in a duet. He is the best partner I could dream of. I’ve managed to get acquainted and even make friends with my idols: the world clown stars. In my childhood, I learned by watching the records of their performances, and today I invite them to my shows”, – says the circus artist, Anton Franke, a clown.

Anton is a classic example of a circus dynasty. His grandparents were animal handlers, his dad – the principal director, a creative manager, and then the circus director, his mum – a ballerina and a circus choreographer.

He first entered the magical world of the circus arena at the age of six. As a child, he participated in circus sideshows. His father came into the circus in the same way. They both dreamt of becoming clowns.

Today, he perfectly masters the art of pantomime and can efficiently perform nonstandard tricks in various circus genres, bringing the audience to smile and give him rounds of applause.

Anton’s dad realized his dream as an author and director of sideshows. When he was the circus director, he enjoyed teaching and training young artists. His favourite project was the duet act with his son, Anton Franke. He left his post as the director of the circus and immersed himself in the artistic life. And he has never regretted it.

The genre, in which Viktor and Anton Franke work, is defined in different ways: Physical Comedy, Burlesque, silent vaudeville, plastic comedy. Their sideshows are always the performances that have an original story and strong directing, extraordinary plasticity and light irony, an excellent technique and, of course, great acting skills. Many of them are so bright that they can be considered artists’ hallmarks. For example, the clown performance Boxing was met with great de-light by the audience. Their sideshow Glass was one-of-a-kind and a mind-blowing act. This performance took first place at the Monte Carlo circus festival.

Victor and Anton Franke’s comic duet (FRANKE & FRANKE) is the laureate of the International Circus Festival in Monte Carlo, laureate and prize-winner of the festivals in Sweden, Switzerland, Russia, Italy, Ukraine, Belarus and China. The couple has won the All-Russian Circus Award, the Clown of the Year.

They create their own, unique world. And whenever they enter the arena, they open the doors to this world for the audience. Bravo, Artists!

The Girl on the Balloon

Varvara’s parents could have known that when they took their five-year-old daughter to a circus school, it would determine her fate. They only wanted her to develop her strong natural athleticism. She quickly went “up the ladder” in the circus world, composing a solo performance The Girl on the Balloon.

“I was a very active child. My dad installed training wall bars and a pull-up bar at home, and I spent all my time training. My parents decided that I had to do something with all the energy I had. Out of everything, I chose the circus”, – the artist recalls.

Rehearsals, training classes, adrenaline and a variety of physical activities – Varvara enjoyed everything. So, when she had to choose her profession, there was no doubt. She applied and was accepted into the Moscow Circus School.

Like many circus artists, she experimented with different genres: gymnastics, hula hoop, equilibrium, juggling, and even fire tricks. But her solo performance Antipode was a leg juggling routine. Not only is this a rare form of circus performance, but Varvara selected a variety of unique props.

Varvara has moved to Minsk from her native town Smolensk, and for more than five years, she has been working for the Belarusian State Circus in Minsk. She considers it is to be sheer luck to work here since it is one of the best arenas in the world. Here her second solo performance The Girl on the Balloon was debuted. That’s the composition that virtuously combines the equilibrium and juggling.

The artist is confident that the circus is something that became a part of her life forever. It is her life. However, she told us that there was a moment in her life when she doubted her choice and thought of changing her career. Now, looking back at it, she is so for the advice and support from her closest friends that helped to keep her in the circus.

“I am very pleased that everything turned out this way. I realized that nothing could replace the circus. They say, if you survive the first few months in the circus, you will stay with it forever; and now I do believe it’s true”, – told us Varvara.

Now, Varvara works as an administrative manager to the artistic director of the circus. Therefore, she had to put her solo performances on hold.

“You have to give yourself fully to deliver a mind-blowing, fantastic solo performance. For now, I can’t do both: perform and support the artistic director,” – our guest explains. But she is confident that she will return to the stage with a new solo act.

Who knows, maybe in a few years there will be the next generation of the circus performers? 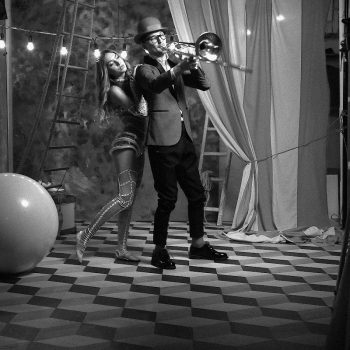 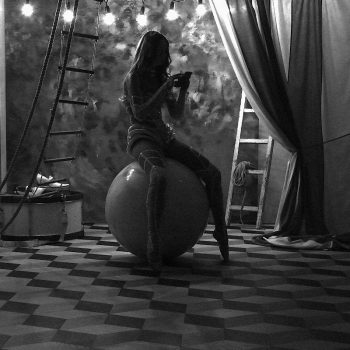 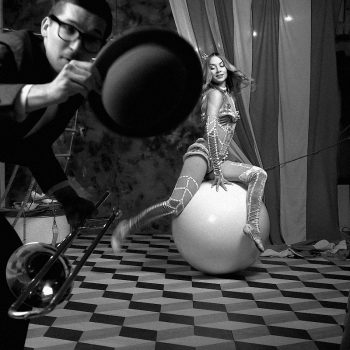 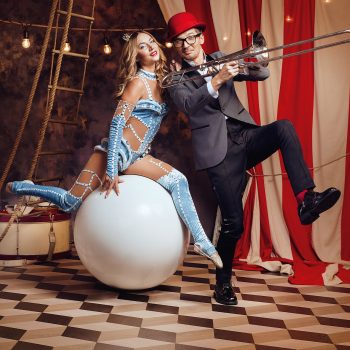 Previous post Discovery Gallery with Coswick. ANDREY LIKHACHEV Next post Coswick is proud to present our new Partner in the Republic of Cyprus