Forward Alexander Kulakov is known as the king of the corners. No one can, so skillfully, take the puck into a corner, around the opposition and give a pass to his teammate as Alexander does. He is an excellent hockey player, a good friend, and a joy to be around and can celebrate life. He knows how to balance his two loves: hockey and family.

We met Alexander just before the final game between Yunost and the Finns in the play-off of the League of Champions. His sense of duty and obligation caught us off guard – he is a true athlete. At the same time, he had a lighthearted tone and easy-going personality to the point of disbelief. It was hard to believe we were speaking with a celebrity, a well-known hockey player, a two-time champion of the Republic of Belarus Hockey Cup and the winner of the Spengler Cup. He has been through 14 seasons with Dinamo-Minsk, which is the club’s record and 10 seasons in the Continental Hockey League (CHL). He started his career with Yunost, he played with many clubs throughout his career and is now back with on his home team. He is the only active hockey player that has been entered into the wall of fame of the Dinamo-Minsk Hockey Club. He is recognized on the streets, people ask for his autograph, he is a public figure. But he is indifferent to publicity and doesn’t like giving interviews.

“I know that people are always more interested in the negative than the positive. My family does not need to be a part of the rumours. So, I try to stay low and not give in to the media,” – explains the athlete.

Life of the party

What do his teammates say about Alexander? It turns out that he is the center of attention and a big joker! “He is full of stories. He would start telling one in the change room and then take it to the shower!” – told us Charles Lingle, a Canadian hockey player who played together with Alexander on team Dinamo-Minsk.

“Yes, we love to joke around. This is positive. There is enough negativity as is, – continues Alexander. – We have lots of young blood joining the team now. We have тto help them relax and take it easy. Jokes work the best. By the way, in hockey leagues, there is a tradition that a new player has to tell a joke or a funny story before his first game.”

Alexander is one of the most experienced hockey players in Belarussian hockey. But he is not done yet. “I thought about it, but I am not ready to retire yet. This is my life. Of course, it is tough sometimes, but I am used to the constant action and adrenaline”, – adds Alexander.

But he does think of the future. He might choose the path of becoming a professional coach, and, just in case, he is currently studying to become one.

For now, with lots of enthusiasm, he is watching his 11-year old son, Iliya, who is training at the Dinamo hockey school and plays a forward, just like his dad.

“He had a game yesterday. He scored twice and made two passes. He was so proud and happy,” – commented Alexander on his son’s game.

But Alexander does not intervene in the training of his son: “I try to take it easy. I can give a suggestion, but I think that my son should listen to his coach first. The coach leads a team to victory.”

Everything for my Family

Alexander changes when we ask about his family. He tells us that he loves to travel with his wife. They dream about travelling through Europe by car as soon as their daughter gets a little older: “We travel for vacation for our children. We want them to see the world, all the different countries.”

It is evident that his wife, son and his 5-year old daughter are so important for Alexander. “I love them very much. Practically everything I do, I do for them. I want them to feel safe and protected. I want them to know that they have a husband and a father who will always be there for them”, – Shares Alexander.

After the interview, for the second time in history, Yunost made it into the play-offs of the League of Champions. For the first time, we watched the game of our team against German’s Red Bull München. 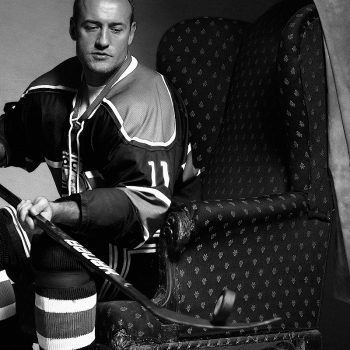 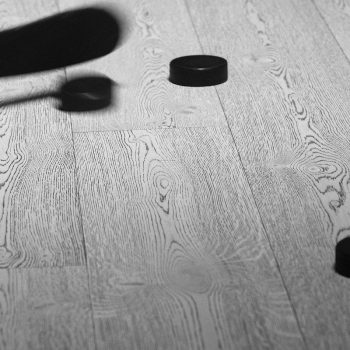 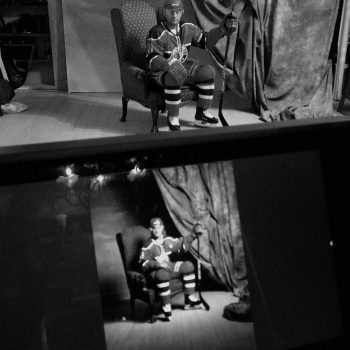 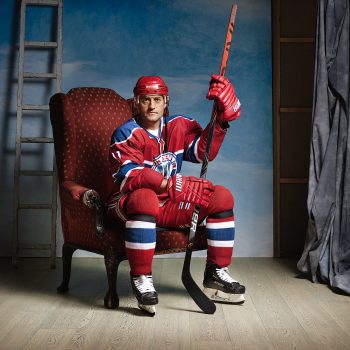