Everyone momentarily forgets about the photoshooting when a bright yellow motorcycle, named Ducky, rolls into the studio. It draws your attention and admiration, just like any good artwork. Magnificent custom design that goes back to the style of classic racing motorcycles of the early 20th century. Yuri is enjoying the attention his masterpiece is getting; yet, he is not answering all the questions that we have by simply telling us to admire the art. Calmly, he gets ready for the photoshooting with his wife, Anastasia, who is his right-hand assistant.

Yuri pulls out a yellow rubber duck in a red helmet; this was the inspiration behind the Ducky-bike. And out of nowhere, he pulls out a whole family of rubber ducklings. Yuri is a joker! He changes his clothes, and again, it says Ducky on his shirt! It almost seems like he is trying to imply something by all this. Yuri knows that only the true professional with an in-depth knowledge of motorcycle history will be able to appreciate his creation fully.

The Philosophy of Yuri Shif

When Yuri was young, he did kart racing and then became the captain of the National Karting team. But he always had a desire to create custom motorcycles. It wasn’t until 2000 that he was finally able to live his dream. Yuri completed his first bike at the age of 41: The Silver Stork was done with the Harley Davidson frame. This is how it all started.

“This is a way to make it in this life; this is how I change people’s minds and reality. Some do the same through paintings, music, cinema. But for me, it is motorcycles”, – Yuri shares with us.

Yuri Shif Custom is probably the most well-known workshop for motorcycle customization and detailing in the post-Soviet countries. And the artist behind it all, Yuri is known across Europe and the USA. He is a star in the industry. From 2002, he and his team have created over a hundred custom-made bikes.

Most of the time they start building a bike from scratch: each part is exclusive and customized, almost everything is done by hand. A project like that takes time; it can easily take over half a year to build a bike. But the result is worth it!

For example, The Machine won first place at the World Custom Championship. And the Time Machine with a seat shaped like a guitar. This bike was dedicated to a well-known Russian band Time Machine, which influenced several generations. These are just some of the famous bikes from Yuri’s portfolio.

And, of course, the Ducky was put together in 2015 in three days on stage at the well-known European CustomBikeShow in Germany. The competition was solid; they went head to head with German Muller Motorcycle AG.

“In front of everyone, we put this bike together, started it, and it rode off. It is hard to believe, but the Germans voted for the Belarussian Ducky, and we won!” –  he recalls.

Ducky also took the first prize at a show in Verona in the Championship category. Now, it is a centrepiece for admiration at various motor shows and exhibitions, just like many other motorcycles from Yuri Shif Custom. But the majority of his work is sold to private collectors.

It is easy to let go of his work, the artist told us.

“To fill a glass, you have to empty it first. You have to move on”, – says Yuri.

Somehow, it seems that he is not telling the full truth. You have to look into his eyes when he looks at Ducky. It is the same stare he has when he is looking at his wife. He calls her his muse. It is she, who coordinates everything, she talks with the press, she manages the workshop, she is the right hand of the artist.

“I am an artist; I build bikes. But everything else is done by Anastasia”, – reflects Yuri. 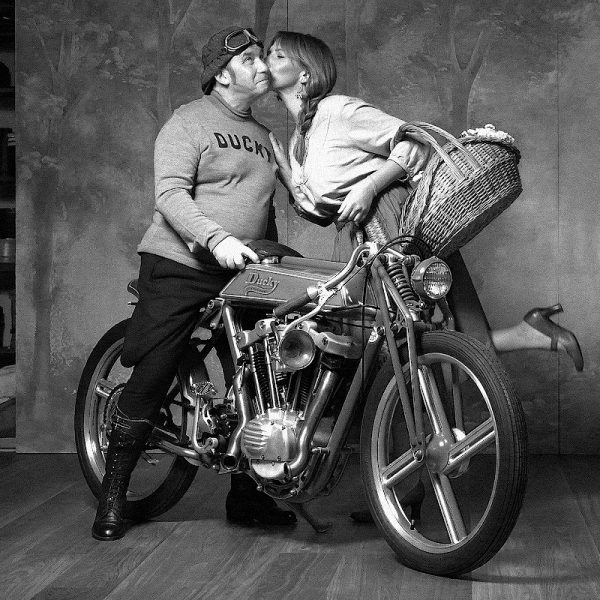 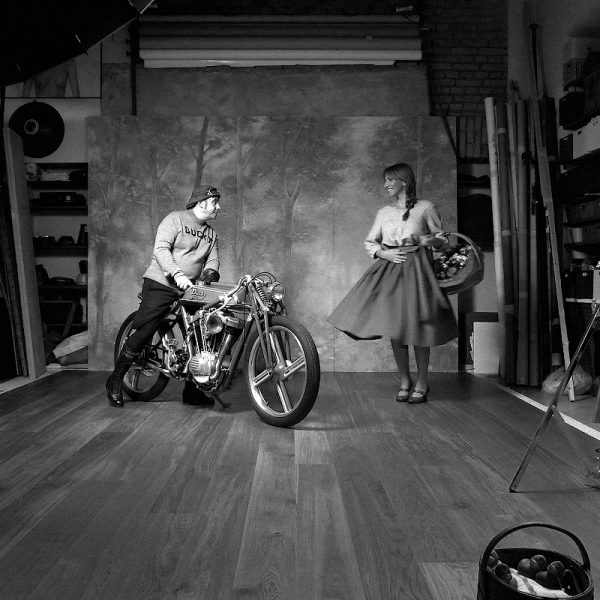 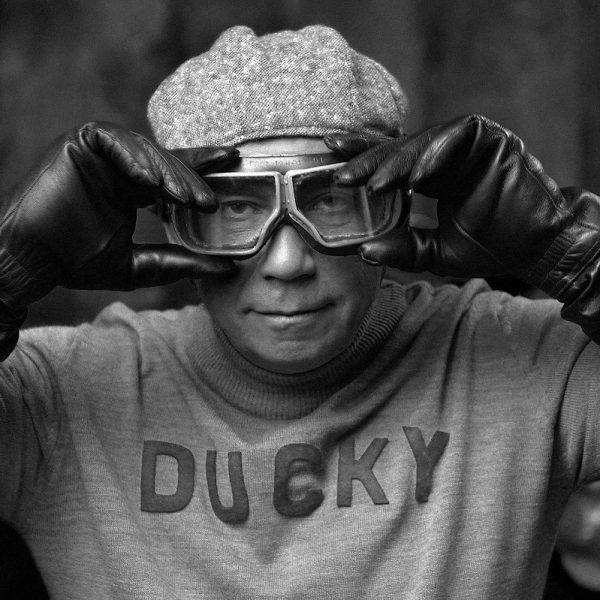 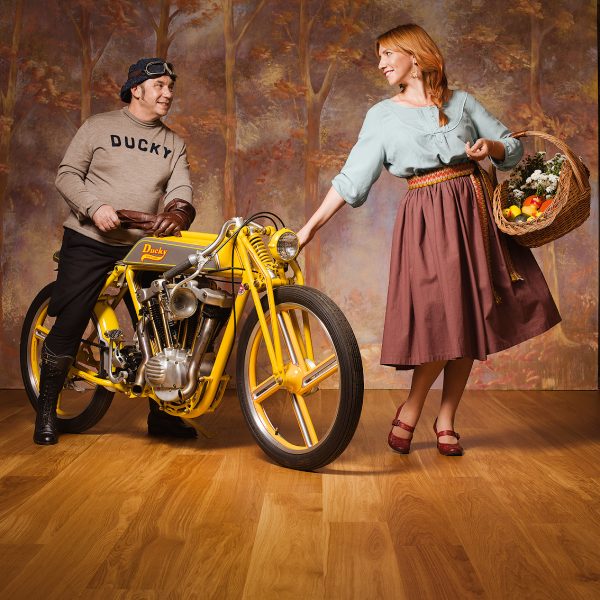