A footstep away from the old classic

In fact, the owners of this colorful fantasy wanted to have a classical apartment. The traditional classical apartment with the solid antique furniture, cabriole legs and bucolic paintings. Some traditional elements became the part of the final project. However, the apartment got the very distinctive look: full of life, playful and cheerful. Exactly as its owners! That is the biggest advantage of being a professional designer: he (or she) helps customers to choose the most suitable style among the endless variety.

This interior started from the floor tiles. Of greyish-turquoise color, with attractive pattern, it was the undeniable selection of owners, which created the general mood in all apartment. Then the turquoise kitchen furniture and drawers following the mosaic tile in the bathroom, and flower-pattern wallpapers, which melted all public areas into one, appeared. Besides, some owners’ friends think that the choice was too bold, but the couple is sure that the flower pattern became a forte of the interior. However, a couple of years ago, owners could not even imagine that their apartment would be turquoise. Not to mention light magenta shades! That was not the first, nor the last time when our decisions surprised us. 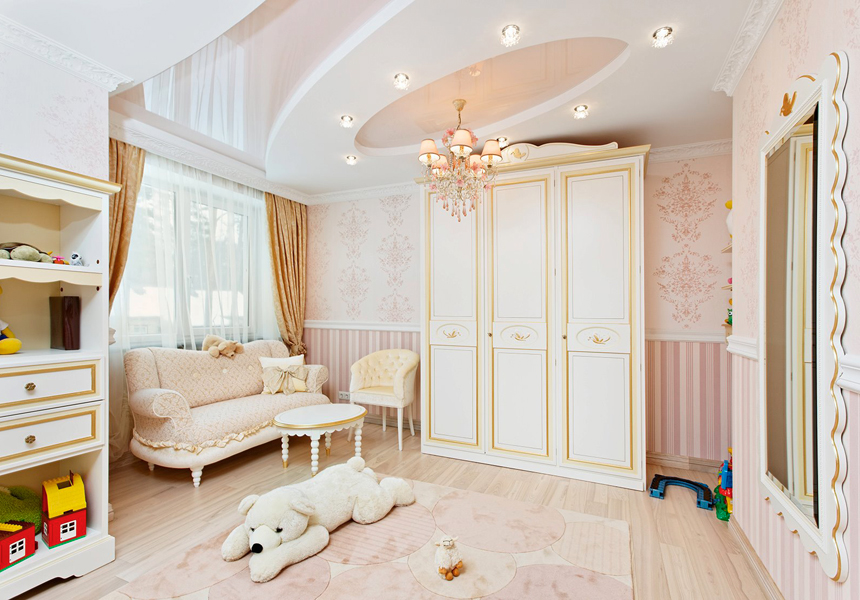 At the beginning, it was awkward to get used to the idea that the whole space of the living room will be taken by huge sofas in the center of the room sideways to TV set. It appears that it is more comfortable to host friends in such an arrangement. In general, the youth interior is created by adding lots of details and accessories that fill the room. Natalia Halonskaya decided to take a different way: no needless elements, everything is very neat and subtle. The only decoration on empty grey walls are the photos that the mistress of the house took all by herself. Nevertheless, the apartment looks bright and lively. It became possible due to the non-standard finishing, odd furniture, comparing to other Belarusian houses, and the fine selection of materials. Name but a wooden wall at the back of the TV set: the general idea firstly was to plank it, but at the end, the designer found the intriguing solution, where oak panels, overlapping each other, create the noteworthy texture.

The owners’ attraction to the classical style influenced the interior, generally in private areas such as the bedroom and nursery. However, this is more of an interpretation of classical style, not the style itself: the shaped bed-head is “modernized” by the non-standard material – a heavy linen; and the flower-pattern wallpapers were chosen to be very contrast. The most traditional apartment room is the nursery – the heart and soul of the family comfort. Bucolic motif of wallpapers goes along with the flower pattern of the seating furniture, and the link to the bright interior is the snow-white furniture.

Designer’s (Natalia Halonskaya) commentary: This project was easy and pleasant. Yet, it took quite some time, for home owners could not understand what they would want. As this house is their first hearth where their kids will grow, the homeowners thought that the classical style is the best decision. However, they both are young, creative and jovial. It was necessary to find common ground for these two polarities: freedom and fireside comfort. The style of the living room is the wildest one, when the private areas are more of a classical style. Yet they are nothing but ardent. Name but bedside tables in the bedroom. The family bought them all alone, but I think they would not have been able to find anything better: the traditional form goes with the modern design. The apartment interior is based on subtleties. The place is ideal when raising kids and looking for inspiration. 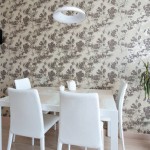