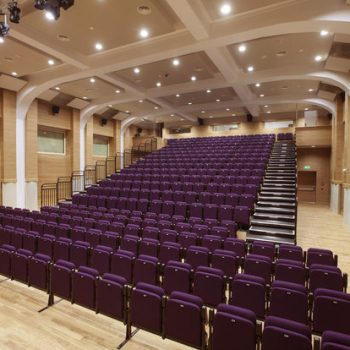 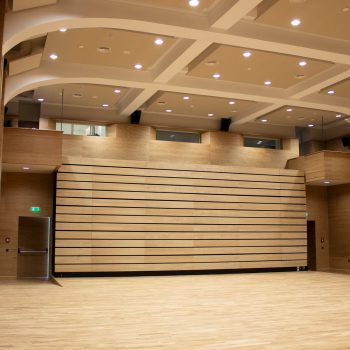 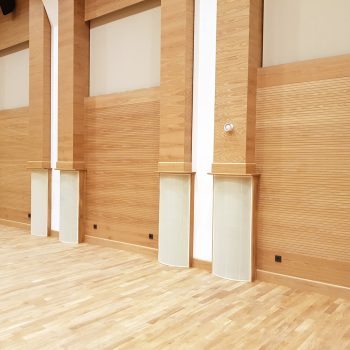 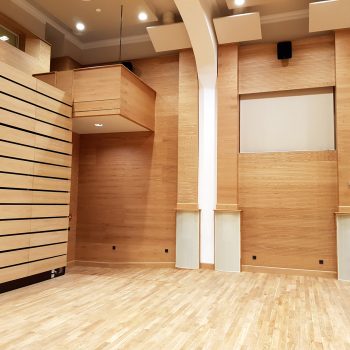 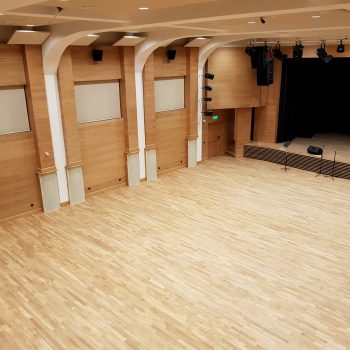 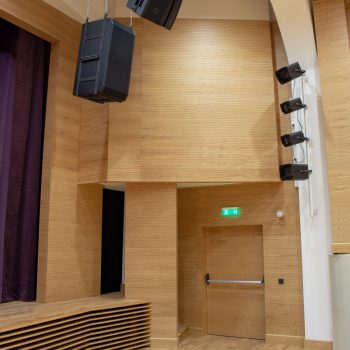 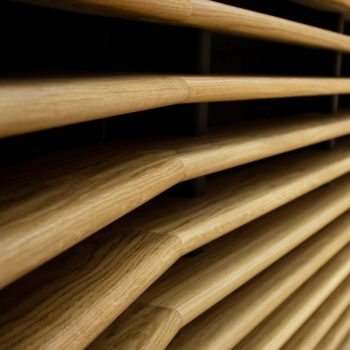 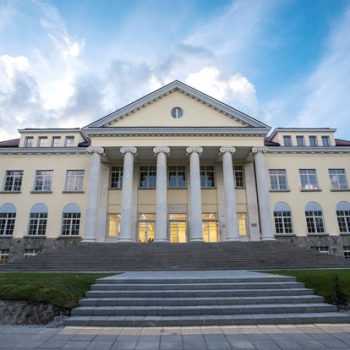 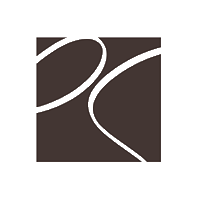 One of the oldest private American educational institutions outside the United States is American College in Sofia (ACS), which was founded in 1860. A large theater hall with 435 seats is the heart of the rich traditions of creative and social life of the College. It hosts student concerts and performances, holidays and ceremonies. The college is named after the first President of the College, Dr. Roger Whitaker – Whitaker Auditorium.

Special attention was paid to the theater hall during the large-scale reconstruction of the ACS academic campus. First of all, it was necessary to achieve high acoustic performances of the hall. In combination with acoustic panels Coswick applied a number of additional technical solutions and adjusted the configuration of the hall.

We chose the texture of natural oak for all-natural wood finishing materials – panels, parquet and moldings. This all gave the hall an aesthetic expressiveness. This ancient theater hall has a new sound and will give many wonderful emotions to generations of talented students of the American College in Sofia. 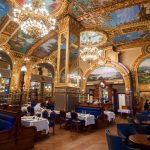 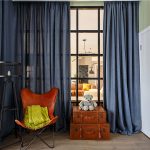