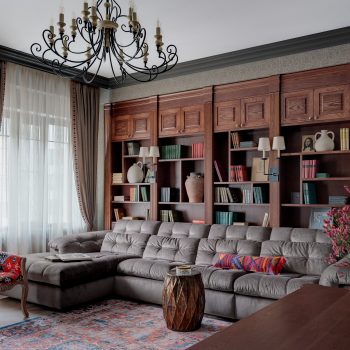 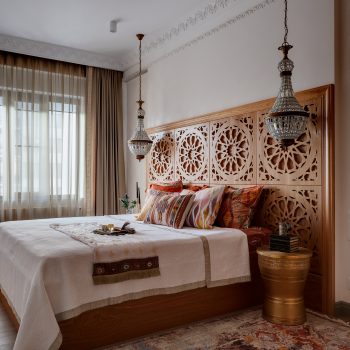 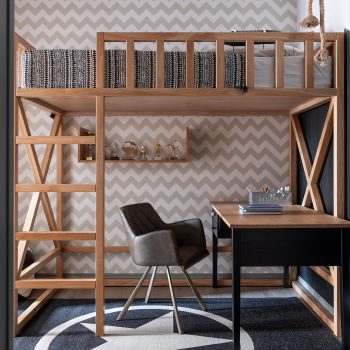 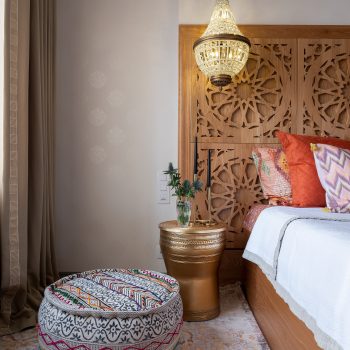 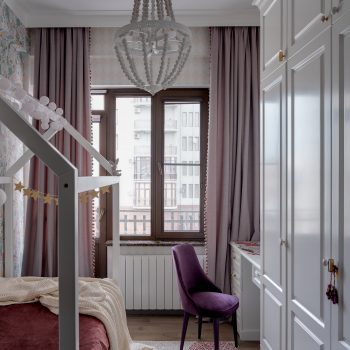 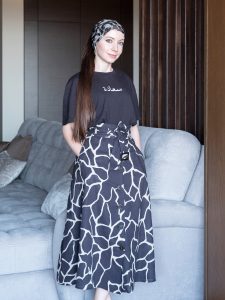 The owner of this apartment heartily loves her nation and traditions. She wanted to create a modern interior in Makhachkala. It would be filled with references to the heritage of her native culture. Inspired by this idea, designer Aida Ragimkhanova has created a true Eastern fairytale.

Massive decor elements and atmospheric design were the central point. All materials were chosen based on the principle of texture, complexity of patterns and colors. There were two problems with the layout. Firstly, designer leveraged the load-bearing crossbars and columns. Secondly, the children’s room was divided in half using sliding doors with a penile system.

Each room has its own statement. It not only decorates the interior, but also assume the function of ethnic reference. An impressive carved headboard and stucco molding on the walls in the bedroom.

In the living room – ornamental wallpaper and a wall with patterned moldings, painted in dark gray. In the design of this apartment colors play the main role. From white and beige to deep blue and graphite. It seems that everything is collected here. Textiles and decorative items maintain ethnic motives. There is a hand-made kilim hanging on the kitchen wall. A hand-embroidered Dagestani neckpiece with gold fibers is in place in the bedroom, and even a painting of Andrey Kalugin in the entrance hall laced with Eastern magic.

Coswick plank hardwood flooring from Oak Grey Cashmere is used in this project. 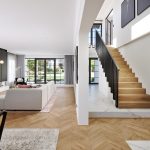 Parisian elegance. Interior of a house in Western Australia 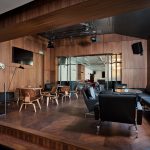