Mir castle was built in the 20s of the XVI century. It is one of the most important monuments of national culture of Belarus, listed as a UNESCO World Heritage. It is a special responsibility to participate in the restoration of such important historical structures. The restorers chose a massive oak hardwood Coswick to recreate the original artistic drawing of the hardwood floor of the Radziwill era in the two main halls of the old castle. It was necessary to accurately reproduce the historical laying, exterior and tinting coating on the basis of preserved archival documents.

The hardwood for this project was made by special order. The complex geometry of rooms with many corners required special skill of installers. Each plank was manually cut by Templa’s specialists on the spot, fitting it to the sketch.

Both halls are located on the third floor of the North building. The interior of the late XVI – mid-XVII century is recreated here. The greatness of the Radziwills emphasized with the spacious hall with a large tiled stove decorated with heraldic symbols, with overhead lighting and a magnificent pattern of hardwood. The Radziwills were the wealthiest and most powerful clan of the Grand Duchy of Lithuania, who owned Mir castle for 300 years, almost until the middle of the XIX century.

The second hall allocates an exhibition that tells about the life and lifestyle of the prosperous Belarusian gentry and magnates. A unique complex two-color layout of oak hardwood is reproduced here. For five centuries, Mir castle has repeatedly suffered from assaults and sieges during the wars which affected the Belarusian lands.

The Patriotic war of 1812 afflicted the most devastating damage. It was repeatedly completed and restored. The stylistic combination intertwines elements of Gothic, Baroque and Renaissance. It made Mir castle a unique architectural object and one of the most interesting castles in Europe. The last and most extensive restoration began at the end of the XX century and lasted for 27 years. Then managed to restore the castle complex, preserving its uniqueness and authenticity. Today Mir castle is one of the top most popular tourist attractions in Belarus. 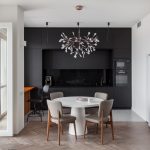 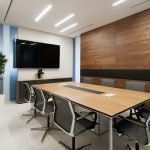