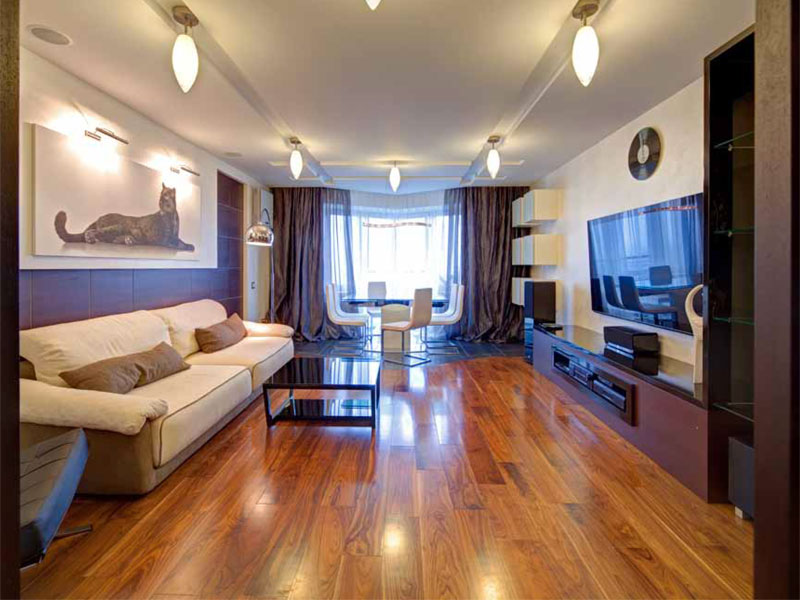 Multiroom apartment creates opportunities that are more ingenious for a designer. Yet here lies the greatest peril – it is difficult to find favor in the eyes of all familiars, not drifting off the uniform interior appearance. Different variants of a single design decision in different rooms allow keeping the integrity and completeness of the whole apartment.

The play of contrast elements is the basic concept of this project. Smooth and textured surfaces, matte and glossy textures, light and dark colors, natural and constructible materials are welded together in a single and colorful harmony. Each room has its own striking and eye-catching design; however, the interior of the room is fully functional and comfortable.

Homeowners insisted on keeping all rooms isolated. Therefore, the alterations made were minimal, but it allowed improving the ergonomics of the rooms. Change of a general layout created the complex system from the narrow and lusterless space. Consequently, the apartment have got the necessary expansion. The pantry doorway that was moved twisted into the grand wardrobe adjoining the owners’ bedroom.

Even in such a small apartment, some rooms were uneven. The designer had to resort to various tricks to amend it, at least visually. Exposed wooden beams are now supporting the ceiling in the narrow kitchen, giving the impression of walls moving apart. The living room that had faced the same problem before was divided into two functional areas: recreational area and a dining room. The combined hardwood flooring from American Walnut emphasized this separation. By the way, the floor deserves high attention too. The design anticipates the use of Coswick hardwood flooring almost everywhere; however, the laying methods for private and common areas are different. Decking pattern for the living room, the herringbone pattern for the nursery and study. Skewed walls in a corridor predefined such a geometry. They have become the natural border for private areas. The wooden path that starts from here shows the directions in the apartment.

Huge French windows became the most reliable ally and an absolute advantage of the apartment. The light, which floods the rooms, is reflected in glossy surfaces and is melting the visible borders giving the impression of space for every room. 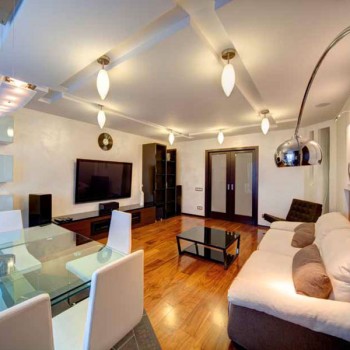 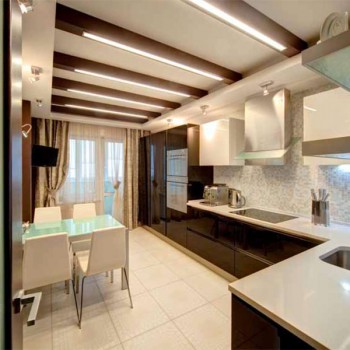 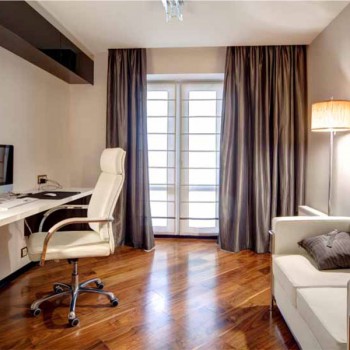 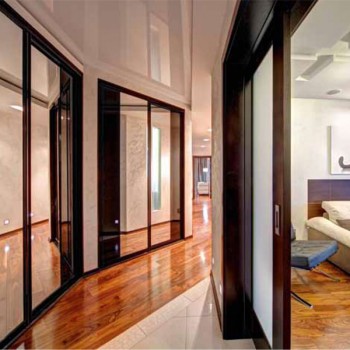 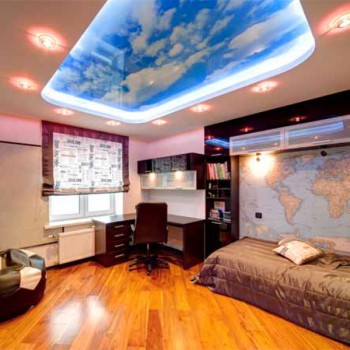 Designer’s commentary: To succeed in this project, to enjoy the process of creation. Everything has to be done in accordance with the customer requirements; it is vitally important to understand his needs and to meet his wishes. It is all the more important because the first conversation shapes the design idea quite often. It was what actually had happened with this apartment; the homeowner mentioned that she likes the amalgam of contrasts. That was the basis upon which I created the first variant of the project, and it was immediately approved. 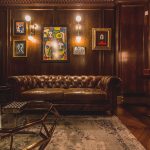 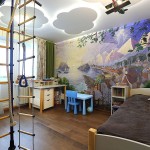